The shipping sector has to consider climate issues

The climate agenda has moved into the engine room of the shipping industry, and with it comes a number of challenges for the sector. Portfolio Manager Anders Grønning puts spotlight on how shipping companies address climate issues, as this will have great significance for whether or not they will continue to be attractive investments.

Shipping plays an essential role in a globalised economy dependent on transporting goods and products around the world. While shipping is one of the most energy efficient forms of transport, the industry is also one of the biggest emitters of CO2 and accounts for approximately three per cent of global carbon emissions. If the industry continues its current course, its CO2 impact will rise by between 25 and 50 per cent between now and 2050. The political and regulatory pressure to reduce the industry’s climate footprint has resulted in shipping companies facing new climate regulation and rising costs e.g. from more expensive fuel types. On 1 January 2020, for example, a new climate regulation came into force reducing the allowed sulphur content of marine fuel from 3.5 per cent to 0.5 per cent, with the aim of reducing the environmental footprint.

“Shipping is high on the agenda of the international society’s efforts to combat climate change. In the light of this development, we are even more focused on whether shipping companies are working actively with climate challenges to be better prepared if climate regulation moves forward faster than expected,” says Anders Grønning who is Portfolio Manager at Danske Bank and follows the shipping industry closely.

Climate challenges are a natural part of Anders Grønning’s dialogue with shipping companies, as it is an important aspect when assessing whether or not shipping companies will continue to be attractive investments. The focus is both on how shipping companies address existing climate regulation and, equally important, how they prepare their business for the future. 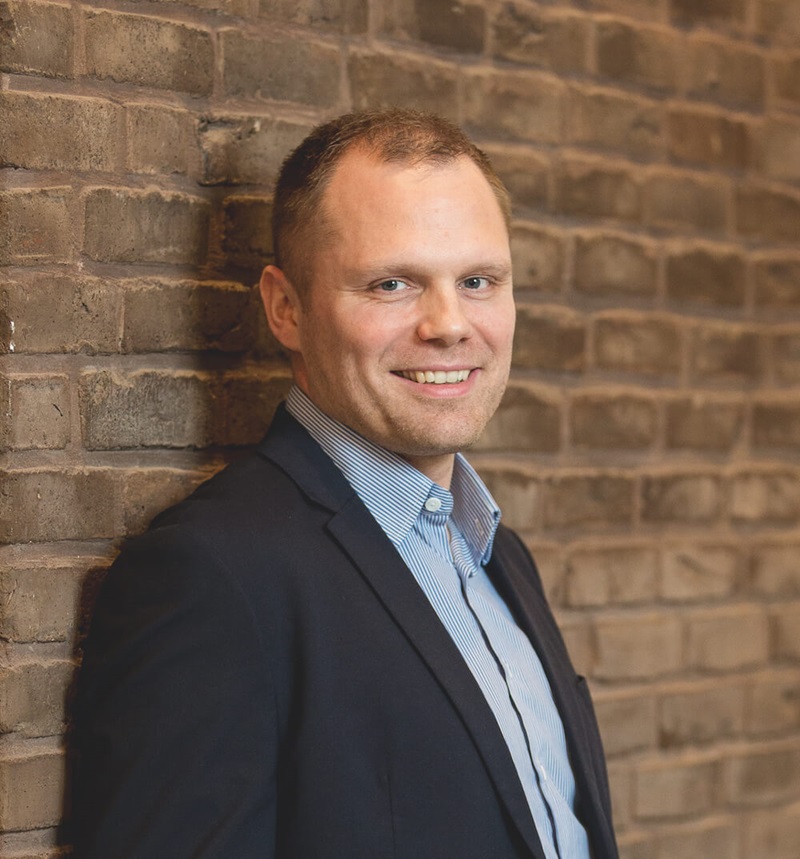 “We are focused on whether shipping companies are working actively with climate challenges to be better prepared if climate regulation moves forward faster than expected”Anders Grønning, portfolio manager

Need to make a financial calculation for climate initiatives

With the global transition towards a greener economy, it is important from a financial perspective that shipping companies have a strategy of being more energy efficient, and thereby reduce their carbon emissions. Anders Grønning, along with other investors, have had this on the agenda for a number of years when talking to, among others, the German-based company, Hapag-Lloyd, and the Frenchbased company, CMA CGM.

“There had been an uncertainty among industry participants about how companies ensured that existing vessels would comply with the new low-sulphur requirements. Assessing climate challenges alongside financial aspects were key in our dialogue, and will continue to be going forward. We need to be convinced that the shipping company’s strategy is addressing climate challenges sufficiently. If not, remaining an investor could carry substantial financial risks and ultimately negatively affect the return to Danske Bank’s customers,” Anders Grønning points out.

Shipping companies basically have three ways to comply with the new regulation. They can install so-called scrubbers, which reduce the sulphur content in traditional shipping fuel to the permitted limits, use a new type of low-sulphur fuel that complies with new regulation or install LNG-capable technology, which uses liquefied natural gas as fuel. In the engagement process, Anders Grønning emphasized that both Hapag-Lloyd and CMA CGM presented a strategy for which climate solutions – from a financial perspective – would be best suited for the individual ship types, taking into account how long they would be in use.

“I have had a constructive dialogue with the shipping companies over an extended time period, during which they have made progress, by among other things launching climate strategies where they use a combination of scrubbers, new low-sulphur fuel and LNG. Hapag-Lloyd, in particular, has high ambitions and is the first shipping company aiming to install LNG technology in up to 17 existing ships. This is an expensive investment, but will give them a competitive advantage in the form of better fuel economy and the ability to comply with tighter climate regulations that are expected to be implemented in the future,” says Anders Grønning, stressing that shipping companies in general now have a greater understanding of the climate agenda and the associated risks and opportunities.

A positive impact through dialogue

Typically, Anders Grønning meets companies a couple of times a year at e.g. conferences or one-on-one meetings, often with representatives of the management team.

"It is an advantage to meet with management as it allows me to have a close and in-depth dialogue around companies’ climate strategies," says Anders Grønning and elaborates. “There is a movement among professional investors, shareholders and customers putting spotlight on climate issues. As part of that movement, I can help promote the discussions on the low-carbon transition from an investor perspective and influence companies to utilise the climate agenda as an accelerator for creating long-term sustainable growth.”

“There is a movement among professional investors, shareholders and customers putting spotlight on climate issues. As part of that movement, I can help promote the discussions on the low-carbon transition from an investor perspective and influence companies to utilise the climate agenda as an accelerator for creating longterm sustainable growth”Anders Grønning

Innovation can produce a competitive advantage

The International Maritime Organization (IMO) regulates the shipping industry and has set a target of reducing the industry’s CO2 emissions by 50 per cent relative to 2008 levels going forward to 2050. This sets the course for what the industry as a minimum can expect by way of regulation, and for what Anders Grønning will zoom in on even more.

“Climate challenges will take up an increasing share of our dialogue with shipping companies, and especially how they seek to gain a competitive advantage by investing in energy-efficient and CO2-reducing technologies. Ships generally operate for 20 to 25 years, so long-term planning is important, as is developing and deploying technologies in order for ships to be compliant with future regulations and be a financially viable business,” explains Anders Grønning.

As an example, Anders Grønning and other investors discussed electrification and greener alternatives with the Danish shipping company DFDS with the aim of reducing fuel consumption. As an example, the company has announced that its ferries would be connected to power from sustainable energy sources when docked in Oslo instead of using power generated by own diesel engines. Moreover, DFDS also invested in a start-up within the bio-fuels area with the goal of developing commercially viable bio-fuel solutions.

Danish shipping company Maersk has an even greater need for innovation. Maersk has set the industry’s most ambitious climate target of being CO2 neutral by 2050. To avoid using vessels powered by traditional fuel types by 2050, Maersk needs to have new technologies installed in vessels delivered to them from 2030. If Maersk is to achieve their climate ambition, it calls for completely new technologies and fuel types that have not yet been developed. Maersk focuses on three fuel pathways; alcohol, biomethane and ammonia, which for now look like the best alternatives to the current bunker fuel oil. This way, Maersk is helping to accelerate the development of new climate-friendly technologies that will raise the bar for the entire industry.

As part of Anders Grønning’s contribution to raise the climate ambitions of the shipping industry, he will be using the learnings from Maersk’s strategy execution and the handling of financial aspects of the transformation in his dialogue with other shipping companies.

It is not only the authorities that are increasing the requirements for how shipping companies handle climate issues. Banks are also beginning to make demands, and in 2019 the Poseidon Principles were launched by a number of banks including Danske Bank. As a consequence of the initiative, a shipping company’s climate strategy plays a key role in determining whether the bank will grant a loan for vessels. The aim of the principles is to create additional incentives for the industry to reduce CO2 emissions.

“In a nutshell, shipping companies that transform their business in line with the shift towards a carbon neutral economy will also be the best investments over the long term. This will require allocation of resources into new technologies and innovation, and we will be highly focused on this in our dialogue with shipping companies in the coming years. From our perspective, this is about the shipping companies being at the forefront of the development and positioning themselves for a new reality, so they can continue to generate attractive risk-adjusted returns to our customers,” concludes Anders Grønning.

What is LNG-powered vessels?

Liquefied natural gas (LNG) is natural gas (predominantly methane) that is pumped from the earth’s core and cooled to approximately -162° celcius and thereby become liquefied natural gas. LNG offers substantial advantages for shipping companies, especially in the light of continuously tightening environmental and climate regulations. The most notable benefits of using LNG is cleaner emissions, less wear and tear on engines and lower costs. 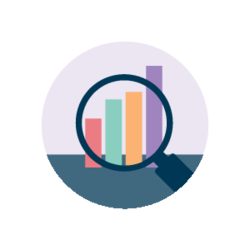 The liquefied form enables the natural gas to be easily stored and cleaner to use in engines, which cuts engine maintenance costs. Additionally, LNG is cheaper than the expensive low-sulphur fuel. 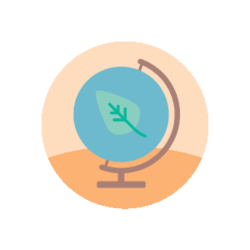 There are significant environmental and climate benefits of using LNG as fuel. Compared to the use of diesel fuel, use of LNG reduces NOx emissions by approximately 90% on a lean burn gas fuelled engine. Carbon emissions are about 20-25% lower compared to diesel fuel because of the lower carbon content. Furthermore, LNG is almost sulphurfree and complies with tighter climate and environmental regulations that are expected to be implemented in the future.